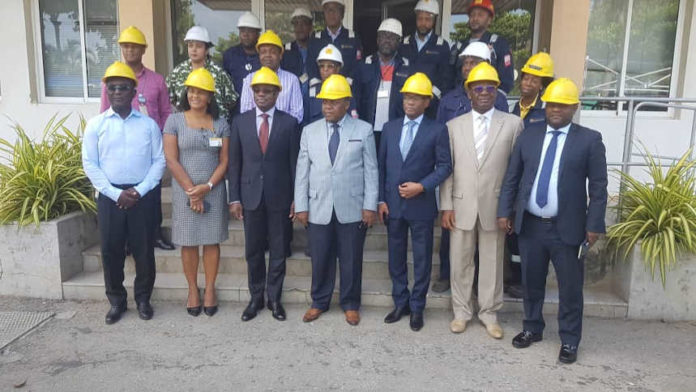 The Secretary of State for Mining and Hydrocarbons of Equatorial Guinea, Santiago Nsuga, is in Luanda this week to meet with his counterpart, José Barroso, to talk about strengthening cooperation between the two countries within the oil and gas sector.

According to the Angolan National Petroleum Agency (ANPG), the two officials met at the agency’s headquarters to relaunch a binational cooperation program for the energy field, with a particular focus on training programs for oil exploration, production and trading.

On Tuesday, the Equatoguinean delegation visited the 65 000 barrel per day Luanda refinery.

Equatorial Guinea’s interest in the Angolan downstream sector has intensified in recent months as President João Manuel Gonçalves Lourenço’s administration has sought to make Angola self-sufficient in fuel consumption through investments in a new network of refineries.

In June 2019, H.E. Gabriel Obiang Lima, Minister of Mines, Industry and Energy of Equatorial Guinea, stated his country was interested in participating in the construction of the Cabinda refinery and investing in the Angolan oil and gas sector as a whole. The contract for the construction of the Cabinda facility has since been awarded to Gemcorp Capital by the Angolan NOC Sonangol.