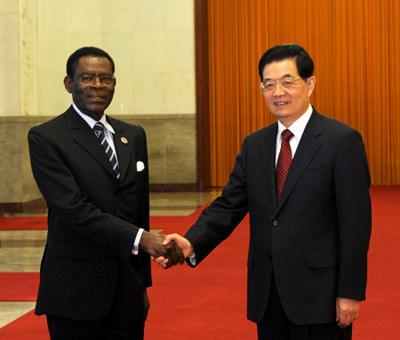 According to the latest updates, the coronavirus has killed almost 500 people worldwide, mostly Chinese citizens and infected over 24,000 people. The decision of Equatorial Guinea’s Council of Minister to financially support China’s fight against the virus reflects the deep and long-standing relationship between both countries, whose cooperation has only grown stronger in recent years.

“China has always been a very strong and loyal supporter of the Republic of Equatorial Guinea and this contribution is a demonstration that Equatorial Guinea stands in solidarity with China and its people as it fights a global outbreak that has already cost too many lives,” declared H.E. Gabriel Mbaga Obiang Lima, Minister of Mines and Hydrocarbons. “Our ongoing Year of Investment Initiative will be a testimony to the depth of our cooperation and relationship with China. It is a pleasure for Equatorial Guinea
to support its partner in times of need.”

China and Equatorial Guinea have been enjoying successful economic and technical cooperation for decades. China has supported the development of Equatorial Guinea through the construction of critical telecommunications and road infrastructure, along with supporting social infrastructure in the country. Equatorial Guinea has been a long-standing supporter of the Forum on China-Africa Cooperation. Last year, both countries agreed to further strengthen bilateral cooperation during a meeting between President Obiang Nguema Mbasogo and Chinese President Xi Jinping’s special representative Yang Jiechi.