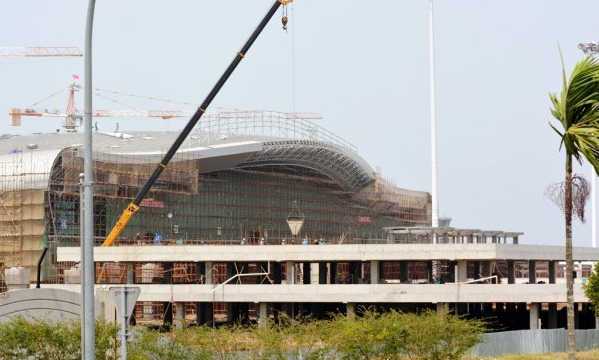 Construction work on the new Malabo International Airport terminal (IATA code: SSG, ICAO code: FGSL) is progressing according to the agreed deadlines, according to GEProyectos sources.

The new terminal consists of a main building with two floors, two parking buildings and a viaduct for departures and arrivals of future users. The need for the project is justified by the oversaturation suffered by the former Malabo airport terminal, Equatorial Guinea’s main airport and point of connection on international flights. Once completed, the terminal will have an extension of 45,000 km²

Malabo International Airport is used by several international airlines: Air France, Iberia, Royal Air Maroc, Lufthansa, Ethiopian Airlines, Kenya Airways. It is also the destination for a large number of cargo flights from all over the world that supply material to the different companies in the country, especially the multinationals operating in the oil sector, the main economic engine of the country.

Malabo Airport also serves as the operational base for the four national companies operating within the Equatorial Guinean borders, including the national flag company CEIBA Intercontinental.

Among the international airlines operating at Malabo airport is Iberia, which offers Premium customers a VIP lounge service. The room has an extension of 100 m2 and capacity for 40 people. Other services include a great selection of drinks such as beer, wine, coffee, tea, soft drinks and juices, as well as quiché, omelette, snacks, sandwiches or quiche and desserts. The VIP lounge also has free access to Wi-Fi.

The Government of Equatorial Guinea is implementing a policy of economic diversification as a result of falling oil revenues, the main source of income for the Equatorial Guinean economy. Within the framework of this diversification of the economy, the tourism sector plays an important role. This new terminal will strengthen the reception capacity of international tourists and allow a greater flow of travelers. 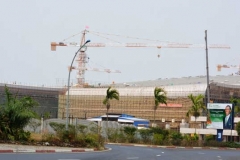 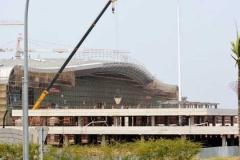 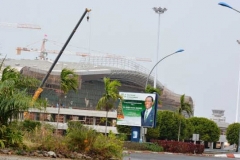