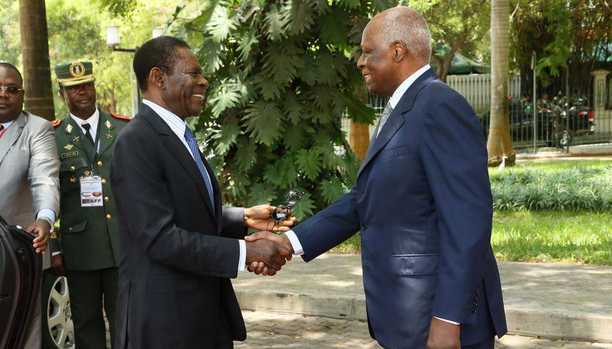 The President of Equatorial Guinea, Teodoro Obiang Nguema Mbasogo, arrived on Monday morning in Luanda, for a 24-hour visit to Angola, during which he will hold a meeting with his Angolan counterpart, José Eduardo dos Santos, in the ambit of the reinforcement of bilateral relations.

At the 4 de Fevereiro International Airport, the Guinean Head of State was welcomed by the Angolan minister of Foreign Affairs, Georges Chikoti, the governor of Luanda Province, Higino Carneiro, diplomats and other state personalities.

Angola/Equatorial Guinea bilateral relations of cooperation and friendship cover the sectors of politics and diplomacy, defense and security, oil and gas, transport, among other areas.

The two countries also members of the international organisations such as the Gulf of Guinea Commission (GGC), the African Union (AU), the UN and other institutions.