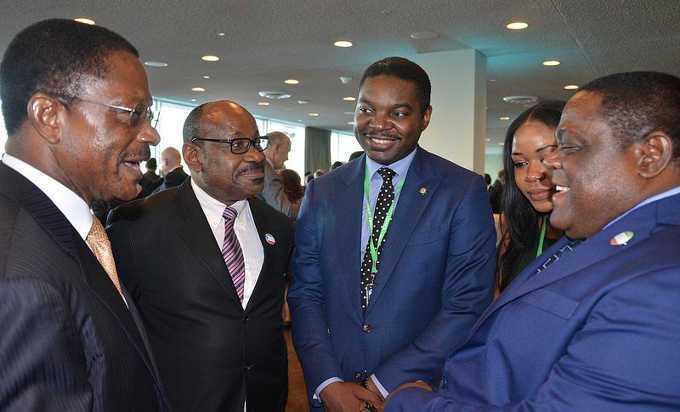 Equatorial Guinea will be a non-permanent Member and serve a two-year term beginning 1 January 2018.

Equatorial Guinea’s candidacy was endorsed by the African Union and pledged to strive toward global sustainable peace and development.

Equatorial Guinea declared its priorities as Member of the Security Council will include negotiations and dialogues for peaceful resolution of armed conflicts; negotiations and dialogues on the reform of the Security Council, active participation in strategies to combat terrorism, human trafficking, drug trafficking, cross-border crime, endemic diseases and pandemics, extremism, xenophobia, racial discrimination, and corruption; active defense of human rights; active participation in mitigating the catastrophic effects of climate change; strong support for gender equality and the empowerment of women; and active participation in the execution of the UN 2030 and African Union 2063 agendas, in parallel with the Equatorial Guinea Horizon 2020 national development program.

Equatorial Guinea has dedicated significant resources in its development over the past two decades, with priority investments in literacy, healthcare services, education, and infrastructure.

The UN Security Council is the governing body within the UN responsible for the maintenance of international peace and security. The Council is comprised of fifteen Members, who determine the existence of a threat to the peace or act of aggression, resolve disputes by peaceful means or recommend terms of settlement, and impose sanctions or authorize force when necessary.

The Ivory Coast, Kuwait, Peru, and Poland were also elected to the UN Security Council.