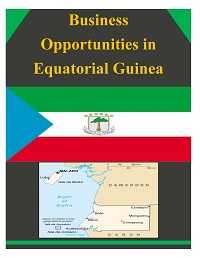 Equatorial Guinea is the third largest oil producer in sub-Saharan Africa, and the economy of Equatorial Guinea is dominated by the hydrocarbons sector, which accounts for roughly 75% of GDP with the extraction of crude oil, natural gas, and condensate. U.S. companies are the largest investors in the sector, which also includes French and Equatoguinean companies. Oil money has fueled a housing and infrastructure construction boom. Chinese, Egyptian, French, Brazilian, and Turkish companies earn most government construction contracts. The Government of the Republic of Equatorial Guinea (GREG) has recently pressured international companies to hire more Equatoguinean workers, particularly in management positions. The Government of the Republic of Equatorial Guinea is actively soliciting foreign investment, particularly from U.S. firms. The GREG is particularly interested in investment in agriculture and other industries that will help it diversify from the hydrocarbons sector, on which the economy currently relies. The country still presents a challenging environment for investors. Equatorial Guinea works for regional integration through the Economic Community of Central African States (ECCAS) at the national and regional levels, but major efforts are still needed to implement the goals of the organization. EG is also a member of the Organization for the Harmonization of Business Law in Africa (OHADA), which provides a legal and regulatory framework. However, implementation of those laws is inconsistent and unreliable.