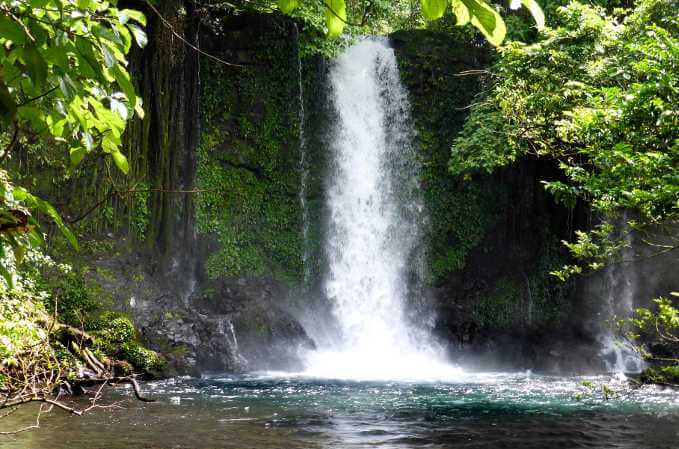 Bioko is an island located in the Gulf of Guinea, 32 km from the coast of Cameroon. It is part of the territories that make up Equatorial Guinea. It has an area of ​​2,017 km² and a population (2015) of 334,463h. Formerly known as Fernando Poo.

The nature of the island is one of the most threatened in Equatorial Africa. They inhabit a wide variety of species of endemic monkeys in danger of extinction. The largest of all species is Mandrill (Mandrillus leucophaeus), whose population has declined more than 30% in recent years, from which two subspecies, one of which is endemic to the island, and the other In the continent. The red colobus (Procolobus pennantii), a victim of poaching, fell to almost 45%.

Malabo, located at the northern end of the island, is the main city of Equatorial Guinea. Formed by an enriching mix of colonial and modern buildings, the spectacular Santa Isabel Cathedral stands out with blue tones that melt and dissipate with the blue sky. Other buildings of the colonial period are still used to serve as different public administrations for citizens and tourists.

Regarding the gastronomic section, as a maritime city, you can not go without trying the specialty of the city, fish grilled. Coffee and cocoa represent another important point of gastronomy as we talk about its main export products.