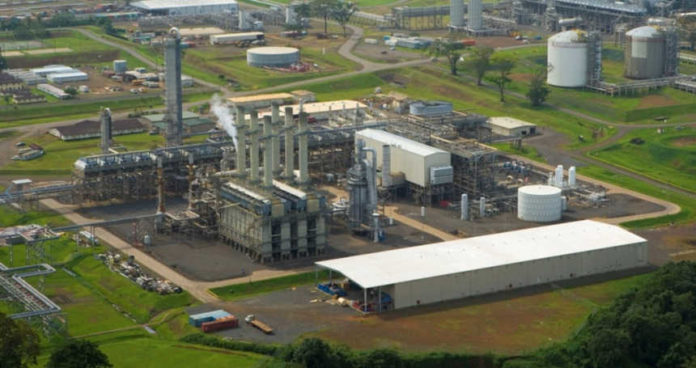 The Ministry of Mines and Hydrocarbons, supported by its strategic partner Marathon Oil Corp., has awarded North American Company VFuels Oil & Gas Engineering (VFuels) the feasibility study for the construction of a modular refinery in Punta Europa, Malabo. VFuels, which turned out to be the winner of the tender, will be in charge of the feasibility study that will include the engineering and design of a 5,000 bpd modular refinery to supply refined products for domestic consumption. The study is expected to be delivered within 12 weeks of the contract’s signature.

This project is part of the initiative of the Year of Investment 2020 promoted by the Ministry of Mines and Hydrocarbons, which is seeking investments for a modular refinery in the continental region, storage tanks and the promotion of other projects derived from methanol, among others.

“This is an important step when it comes to implementing this project with an important goal to prevent stock outs, and provide refined products of higher quality to economic operators and the general public,” stated H.E. Gabriel Mbaga Obiang Lima, Minister of Mines and Hydrocarbons. “The experience and track record of VFuels in engineering and design of modular refineries at an international level, could be beneficial to this project and Equatorial Guinea,” added Minister Obiang Lima.

The award notably follows a meeting in January between H.E. President Obiang Nguema Mbasogo, H.E. Gabriel Mbaga Obiang Lima, Marathon Oil Chairman, President and CEO Lee Tillman and Executive Vice President Mitch Little during which Marathon Oil reiterated its commitment to Equatorial Guinea and towards the development of the country’s Gas Mega Hub. Marathon Oil had then declared its support to construct a modular refinery in Punta Europa by undertaking a conceptual study on the Ministry’s behalf. Both parties had also agreed to immediately commence feasibility studies related to methanol to gasoline and other methanol derivatives, in coordination with the Ministry of Mines and Hydrocarbons.

VFuels (VFuels.com) is a full service oil and gas engineering, design, and fabrication firm that specializes in modular process equipment. VFuels designs and fabricates modular refineries and gas plants using its experience and expertise in modular construction. Its modular process equipment is manufactured in controlled conditions in Houston, Texas, fully assembled and tested prior to overseas or domestic shipment, and installed at each client’s site in much less time than traditional construction requires.