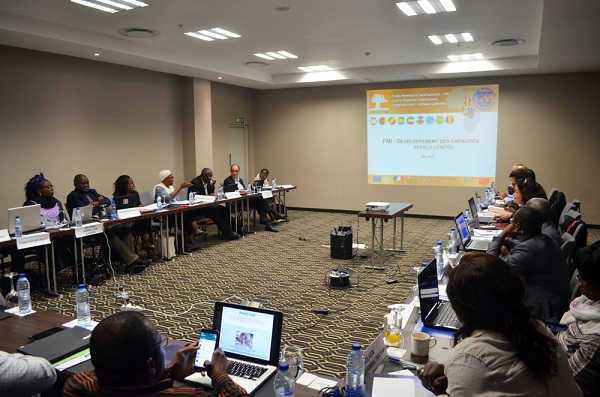 End-of-Mission press releases include statements of IMF staff teams that convey preliminary findings after a visit to a country. The views expressed in this statement are those of the IMF staff and do not necessarily represent the views of the IMF’s Executive Board. This mission will not result in a Board discussion.

The Equatoguinean authorities and IMF staff reach staff-level agreement on the completion of the second and final review of the Staff-Monitored Program (SMP).
Substantial progress was made on the discussions of a three-year financing program supported by the Extended Fund Facility (EFF). They would continue next month during the Annual Meetings in Washington, D. C.
The goal is to bring an IMF-supported program for Board consideration before the end of this year.
An IMF mission, led by Lisandro Ábrego, visited Malabo during Sep 16-27 to conduct the second and final review of the SMP and negotiate a three-year program supported by the EFF. At the conclusion of the visit, Mr. Ábrego issued the following statement in Malabo:

“The authorities and the mission reached staff-level agreement to complete the second and final review of the SMP. The authorities met all the quantitative fiscal and monetary targets for end-July 2018, except for one. Fiscal balances strengthened in 2018, with the government recording an overall surplus of 0.5 percent of GDP, a significant improvement from the deficit of 2.5 percent of GDP posted in 2017. The fiscal balance has continued to improve in the first half of 2019 and the countries’ reserves at the BEAC have increased during this period.

“On structural reforms, the authorities have made progress in several areas, although some measures agreed under the SMP were implemented with delay or remain ongoing. Three out of five structural measures for the second review have been implemented—Parliament ratified the UN Convention Against Corruption and the government hired internationally recognized firms to audit GEPetrol and Sonagas and to conduct an audit of domestic arrears. Work on presenting a membership application to the Extractive Industries Transparency Initiative (EITI) has advanced but has not been completed. It was agreed with the authorities that the application would be submitted before IMF Board consideration of the EFF-supported program. In collaboration with the authorities, IMF staff has prepared a governance diagnostic report, which will provide the basis for a strategy to foster good governance that the authorities would implement as part of the EFF program. The authorities have also taken several measures to improve the business climate and support economic diversification. In this context, the government is reprogramming its long-term development strategy Horizonte 2020 based on the conclusions of the Third National Economic Conference.

“Although macroeconomic imbalances have declined, reestablishing growth remains a challenge. Economic activity continued to contract in 2018, driven by lower oil production. The non-oil sector is estimated to have experienced some modest growth last year. However, the sector continues to be constrained by weak private sector confidence and low credit growth. The non-oil sector is projected to strengthen in 2019 but overall growth would remain negative.

“The EFF program’s overarching goal is to support the recovery of economic activity and foster sustainable inclusive economic growth. The program seeks sustain macroeconomic stability while promoting social protection, strengthen the banking sector, promote economic diversification, foster good governance and transparency, and support the fight against corruption. It would facilitate economic policy implementation, bolster investor confidence, catalyze resources from other multilateral institutions, and contribute to the CEMAC strategy. The program would also facilitate the adoption of reforms to address various structural problems faced by the country.

“EFF program discussions have been productive and substantial progress has been made toward reaching agreement on quantitative targets and the macroeconomic policies and structural reforms that would support the program. It was agreed that to maintain macroeconomic and financial stability it is essential to further strengthen fiscal balances and design and adopt a credible plan to repay domestic arrears. There was also agreement on the policy measures that would need to accompany these efforts, some of which are already being implemented. In addition, there was consensus on the need to change composition of expenditures to create room for higher social spending to foster inclusive economic growth and mitigate the effects of macroeconomic adjustment on low-income groups. Additionally, we agreed on reforms that are necessary to implement in order to stimulate non-hydrocarbon growth, increase transparency and improve the governance and anti-corruption frameworks.

“The next step is for discussions to continue in Washington D.C. during the Annual Meetings, with the goal of reaching agreement on a Fund-supported program during 2019. Once concluded, the IMF team would submit a report in support of the conclusion of the second SMP review and Equatorial Guinea’s request for a three-year arrangement under the EFF for consideration to the Executive Board.

“Finally, the mission would like to thank the Equatoguinean authorities for the very constructive discussions and warm hospitality.”

EG LNG Celebrates the Loading of its 700th Cargo